How Baird & Warner Helped Chicago Rebuild After The Great Fire

Every once in a while, we come across a client story that reads like a Hollywood blockbuster, so why not have TJ Talk read like a screenplay? 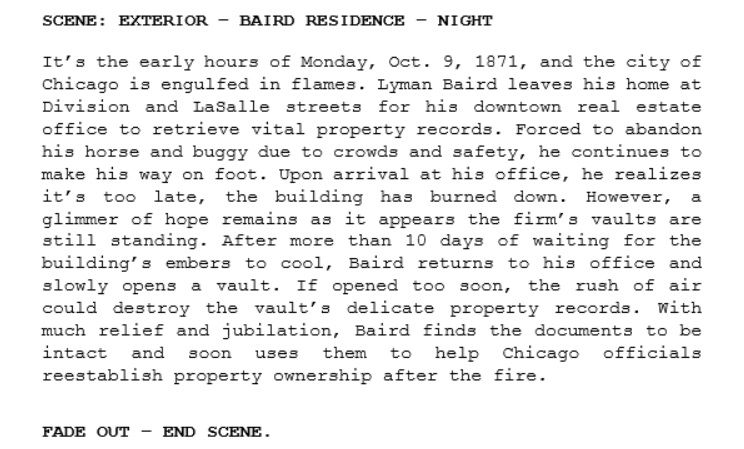 With a feel-good ending like that and the 150th anniversary of the fire approaching, Taylor Johnson pitched Lyman’s timeless story to the Chicago Sun-Times, resulting in a feature in a special Great Chicago Fire section earlier this month. In the article, Steve Baird – Lyman’s great-great-grandson and president and CEO of TJ client Baird & Warner, Illinois’ largest independent family-owned real-estate company – explained how the fire helped Chicago’s planners redesign away from the East Coast mold and instead create new urban design features like alleys. To learn more about how local companies saved documents that proved crucial as the city rebuilt, read the full story in TJ TALK. 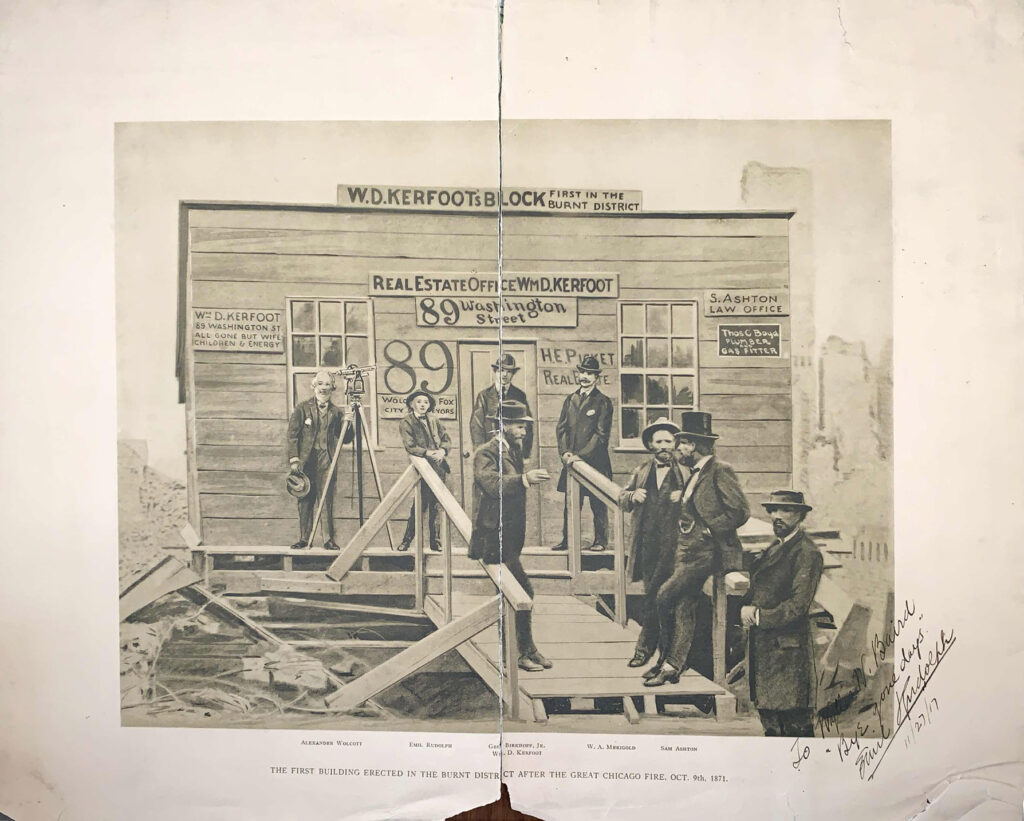 An image of the first post-Great Chicago Fire building is one of many historic documents Baird & Warner has collected over the years. The real estate firm played a major role in rebuilding the city after the 1871 blaze.