Illumination Chicago, A Halloween Gala Fundraiser Led By CRG With The Clayco Foundation, Returns On Oct. 23

For most people, Halloween is a time of tricks and treats. But for Taylor Johnson client CRG, it’s a time to light up the night with giving back. Six years ago, Shawn Clark, CEO of CRG and son of Clayco founder Bob Clark, launched an annual Halloween gala — Illumination Chicago – to raise awareness and funds to find a cure for RVCL, a largely unknown and underfunded genetic disorder that affects the central nervous system and took the lives of both his mother and grandfather. At the time, the disorder was so unknown it often went undiagnosed, as was the case with his grandfather and later his mother, and there was almost no funding to research the disease. Clark changed that by raising over $4.5 million to date that has supported the first clinical trial and long-term patient study, gene editing and genetic modeling of the disease, and the formation of a collaborative team of top researchers, among other groundbreaking RVCL research efforts.

With the goal of raising $1 million for RVCL in 2021, this year’s gala, to be held Sat., Oct. 23 at Vertiport Chicago at 1339 S. Wood St., will be a spectacular Halloween celebration of light. Guests will be entertained with a variety of immersive experiences, including illuminated art installations by renowned artists such as Theaster Gates; over two dozen performances; live music; seven full bars; and food from local restaurants. The showstopper experience? Helicopter rides along the shoreline of Lake Michigan, which will be available for purchase that evening.

Open TJ TALK for more information about how to purchase tickets or make a donation to RVCL. 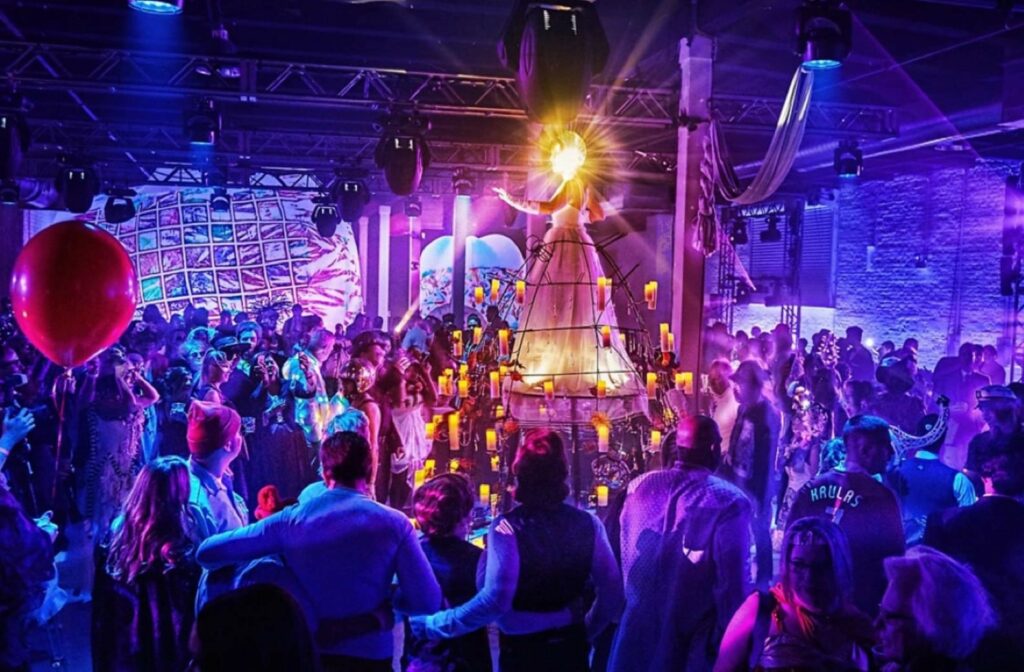 Illumination 2021 aims to be the most spectacular celebration yet, with illuminated art installations and roving performances by costumed artists, such as the one shown here from a prior event.