BKV Group worked with Artspace, a nonprofit developer of live/work spaces for artists, and the Montgomery County Department of Housing and Community Affairs to repurpose the former Third District Police Station into a thriving arts and cultural hub where artists can rent studio space to practice their craft. The project also included the development of 68 new affordable rental units that are situated around the creative building. These residences are intended for local artists who will benefit from both the living accommodations and dedicated workspaces on the arts campus.

“The completion of Artspace Silver Spring marks the culmination of five years working with Artspace, the Montgomery County Department of Housing and other stakeholders to reimagine this prime parcel of land and make it a source of pride for residents and the greater Silver Spring community,” said Jack Boarman, founder and managing partner at BKV Group. “Designed by creatives for creatives, this co-located development establishes a new home for the arts in every possible sense, pairing attainably priced housing with thoughtfully designed workspaces that allow artists from a variety of disciplines to create and collaborate alongside their peers.”

The new campus is anchored by 7,500 square feet of communal space that is housed in a former police station that was built in 1962 and in operation until 2013. BKV Group incorporated the structure’s original white brick facade into the new design of the development, which ranges from one to four stories in height, with a two-story lobby along Sligo Avenue that features floor-to-ceiling windows on two sides. As the centerpiece of the arts campus, the lobby will function as a public gallery showcasing original works and murals created by resident artists. BKV Group incorporated polished concrete floors into the lobby to sustain the traffic of residents and visitors who come to peruse the featured artwork that adorns the space. Custom, built-in seating nooks allow guests and residents to gather in the lobby, which also features 20-foot ceilings.

The balance of the communal space houses a private meeting room for resident functions and community programming, as well as private artist studios and shared maker spaces that are available for rent. A selection of the artist workspaces enjoy immediate access to an adjacent courtyard.

BKV Group also designed 68 affordable rental units – available in one-, two- and three-bedroom floor plans – that are housed across a four-story structure spanning the western end of the site and an attached three-story structure along the northern end. The F-shaped design created by the residential and communal components creates an inviting plaza near the lobby entrance as well as the private courtyard at the center of the campus, which is wrapped by residences and a portion of the artist studios. Also designed by BKV Group are 11 mixed-income rental townhomes on the eastern end of the site along Grove Street, each with a back deck overlooking the courtyard and private garage accessible via the campus’ interior driveway and parking lot.

Designing with the artistic end user in mind, BKV incorporated wide doors and 9-foot-plus ceilings into each of the 68 residences to accommodate large instruments or canvases. Apartments also feature hardwood-style flooring, stainless steel appliances and in-unit washer and dryer, with a full-size or Juliet balcony available in select plans. Covered parking is located on the ground level of the three- and four-story multifamily buildings.

The courtyard, which was designed by VIKA Civil Engineering & Site Design, will feature open green space and an ADA-compliant ramp that can double as a platform for outdoor performances and gatherings.

Leasing is now underway at Artspace Silver Spring. For more information or to fill out an application, please visit artspace.org/silver-spring.

For more than 40 years, BKV Group has designed and delivered community-enhancing, award-winning projects across a multitude of sectors including market-rate multifamily, student living, senior housing, affordable housing, government and federal, education and library, corporate and commercial, hospitality and mixed-use. Throughout BKV’s history, the firm has grown from a sole proprietorship into a diverse partnership with practice sites in Chicago, Dallas, Minneapolis, Washington, D.C., and Hanoi, Vietnam. The firm’s holistic approach encompasses a variety of services including architecture; interior design; landscape architecture; mechanical, electrical and structural engineering; construction administration; and planning and pre-development. This integrated methodology ensures streamlined communication between disciplines to find the best design solutions under budget and time constraints while removing redundancies in the process and enhancing the design and function of each project. For more information, visit bkvgroup.com. 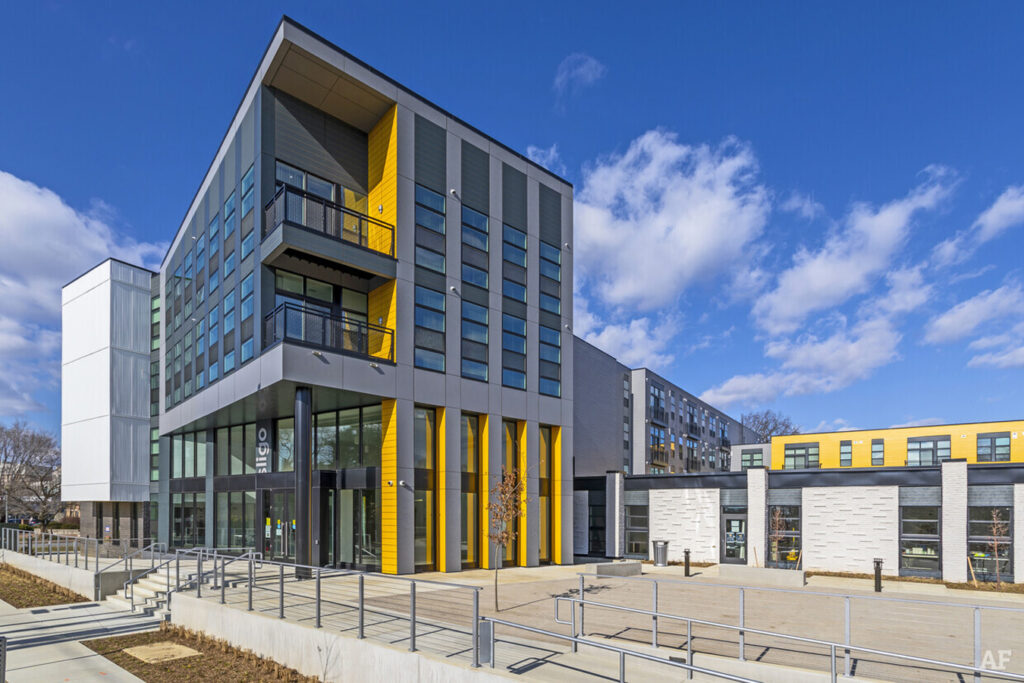 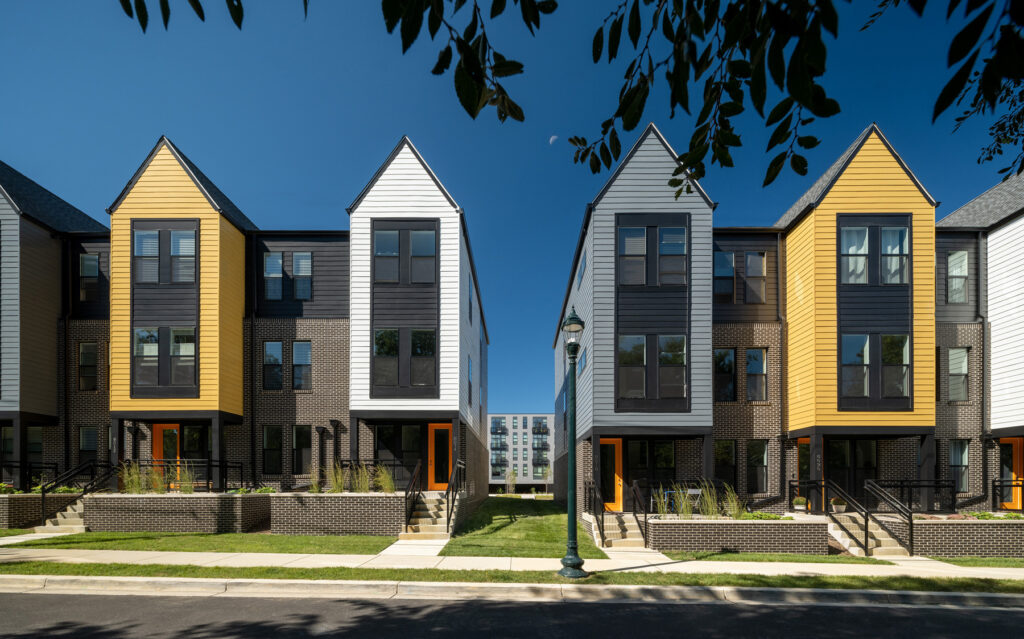 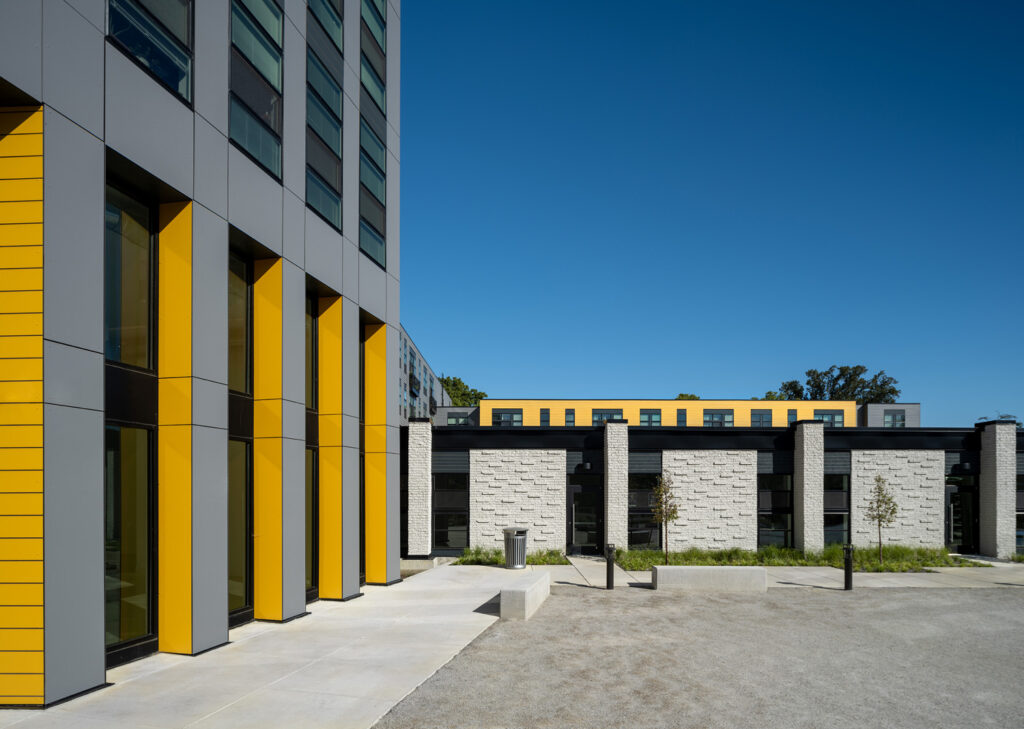