CRG, the real estate development and investment arm of Chicago-based Clayco, announced today the expansion of its national footprint with a new office in Phoenix that will manage operations in the Southwest. The firm, which has developed more than 200 million square feet of industrial, office and multifamily assets across the United States, seeks to meet the increasing real estate demands of growing markets in Arizona, Nevada, Colorado and Texas.

Sonnenberg partnered with CRG in January for its first development project in Phoenix, The Cubes at Glendale, a 335-acre industrial park featuring 5.5 million square feet of industrial space in the burgeoning West Valley area. Construction on the site’s first building, a 1.2 million-square-foot speculative warehouse, began on April 5.

“Phoenix and the Southwest are high priority markets for CRG as we continue to expand nationally,” said Shawn Clark, president at CRG. “We are thrilled to partner with Mark to establish this local office and lead our efforts in the region. His experience, reputation and national relationships have already helped to connect our vertically integrated platform with exciting opportunities for our clients and investors in Phoenix.”

CRG will continue to expand its industrial footprint in Phoenix and the Southwest, according to Clark, while also prioritizing the region as part of its $1 billion residential development strategy. The firm launched its strategic residential initiative in November 2020 to develop multifamily housing aimed at middle-income remote workers across high-growth Sunbelt markets. Phoenix has led the nation in population growth for four consecutive years, according to the U.S. Census Bureau, and Southwest states Arizona, Nevada and Texas also ranked in the top five states for percentage population growth in 2020.

“We see Phoenix as a strategic player in the emergence of the ‘New West Coast,’” said Sonnenberg. “Population growth, land availability and limited regulation has created significant demand from large industrial users coming out of traditional coastal and international markets both for distribution and specialized manufacturing. As a result, Phoenix and other key Southwestern markets continue to rise as core investment markets for global real estate capital.”

CBRE named Phoenix the top growth market in North America for large-warehouse leasing activity in the industrial sector and noted that 9.1 percent of its inventory was absorbed in 2020, nearly doubling from 2019. The city’s population surge, paired with heightened requirements for e-commerce and logistics facilities, make Phoenix a new gateway market for industrial tenants.

CRG’s Hannah Kiem will join Sonnenberg in the local office as director of development, managing industrial projects across the Southwest region. Kiem, who started at the firm in 2017, has managed more than 10 million square feet of development projects across Arizona, California, Ohio and Missouri.

“CRG has a proven track record of delivering best-in-class assets all across the country, bringing tremendous efficiencies to each project through Clayco’s fully integrated design-build platform,” Sonnenberg said. “They have the credibility and scale I was looking for in a partner on The Cubes at Glendale, and now I’m grateful to be part of their team and work directly with Hannah, a rising star in the business, to lead CRG’s Southwestern expansion.”

The Phoenix office is CRG’s second expansion in the past three months and fifth regional expansion in the past four years. The firm recently announced a programmatic joint-venture partnership with Lake Creek Industrial to lead CRG’s Southern California operations and pursue new development opportunities across the West Coast.

About CRG:
CRG is a privately held real estate development firm that has developed more than 9,000 acres of land and delivered over 200 million square feet of commercial, industrial, institutional and multifamily assets exceeding $12 billion in value. CRG leverages a powerful North American platform with local market expertise and offices in Atlanta, Chicago, St. Louis, Southern California, Phoenix and Philadelphia. CRG’s philosophy of developing for the future and anticipating the enhanced needs of next generation users led to the creation of its industrial brand, The Cubes, and its multifamily brand, Chapter. For more information, visit CRG’s website at www.realcrg.com.

About Clayco:
Clayco is a full-service, turnkey real estate development, master planning, architecture, engineering, and construction firm that safely delivers clients across North America the highest quality solutions on time, on budget, and above and beyond expectations. With $3.8 billion in revenue for 2020, Clayco specializes in the “art and science of building,” providing fast track, efficient solutions for industrial, commercial, institutional and residential related building projects. For more information visit http://www.claycorp.com. 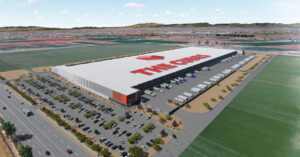 CRG The Cubes At Glendale Aerial Rendering: Construction began on April 5 on this 1.2 million-square-foot speculative warehouse in The Cubes at Glendale, a 335-acre industrial park developed by CRG that will eventually bring 5.5 million square feet of industrial space to the market. 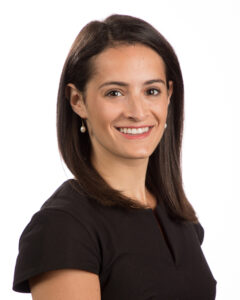 Hannah Kiem joins CRG as director of development and will manage industrial projects across the Southwest region.