Culver’s is the latest addition to Lake Meadows Market as part of Chicago-based Draper and Kramer’s multi-phase redevelopment of the retail center located at 35th Street and King Drive. Phase I of the project, which added a new 40,000-square-foot LA Fitness and renovated existing retail space, was completed in late 2015. Phase 2 will ultimately bring 11,500 square feet of additional retail space to the shopping center to house new tenants including Culver’s, and will also entail façade updates to an existing wing of the center.

“Draper and Kramer has a long-standing commitment to Bronzeville, from our firm’s involvement in the creation of Lake Meadows in the 1950s, to our current long-term vision for the Lake Meadows community and, most recently, our role on the redevelopment team for the former Michael Reese Hospital site,” said Ed Polich, chief development officer for Draper and Kramer. “We’re proud to continue to enhance one of Chicago’s most vibrant neighborhoods through the addition of great new retail and restaurant options like Lake Meadows Market and Culver’s, which will only add to this community’s appeal for current and future residents.”

“We’re thrilled to bring custom, made-to-order, high-quality meals and desserts to Chicago, all served with a friendly smile,” said Waller, who also owns and operates Culver’s restaurants in Joliet, New Lenox and Lockport. “We’re equally as excited to become a supportive member within the Bronzeville community, and proud to have added more than 65 jobs to the local workforce. Culver’s was founded on the idea of providing excellent service and high-quality food made with the best ingredients. The outstanding people who serve our guests behind the counter have helped us earn our reputation, and we’re excited to have team members from the surrounding community as part of our team.”

Draper and Kramer worked with Chicago-based Urban Partnership Bank to finance the first and second phases of the Lake Meadows Market redevelopment. “This Culver’s and the entire Lake Meadows Market represent the type of project needed in the Bronzeville community,” said Darrell Hubbard, chief banking officer for Urban Partnership Bank. “Being a part of this development is a meaningful example of our bank’s mission – to make a difference in the communities we serve.”

Chicago- and Gary, Ind.-based Powers & Sons Construction Company is the contractor for Phase 2 of Lake Meadows Market, which will also incorporate a number of green features such as green roofs, permeable paver parking lots, extensive streetscaping and outdoor dining areas. Powers & Sons was among a consortium selected in 2017 to help construct the Obama Presidential Library.

About Draper and Kramer, Incorporated:

About Culver’s:
For over 30 years, Culver’s guests have been treated to cooked-to-order food made with farm-fresh ingredients, served with a smile. The ever-expanding franchise system now numbers nearly 650 independently owned and operated restaurants in 24 states. The restaurants’ nationally-recognized customer service is based on small-town, Midwestern values, genuine friendliness and an unwavering commitment to quality. Signature items include the award-winning ButterBurger®, made from fresh, never frozen, beef, and Fresh Frozen Custard, including the famous Flavor of the Day program. For more information, visit http://www.culvers.com, http://www.culvers.com/facebook, http://www.twitter.com/culvers, https://plus.google.com/+culvers or http://www.instagram.com/culvers.

Urban Partnership Bank is an FDIC-insured, certified Community Development Financial Institution with approximately $500 million in assets that was established when it acquired the deposits and some of the assets of ShoreBank from the FDIC in August of 2010.  Its mission is to make a difference every day: building vibrant urban neighborhoods, promoting economic and environmental sustainability and creating long-term success for its communities and the Bank. 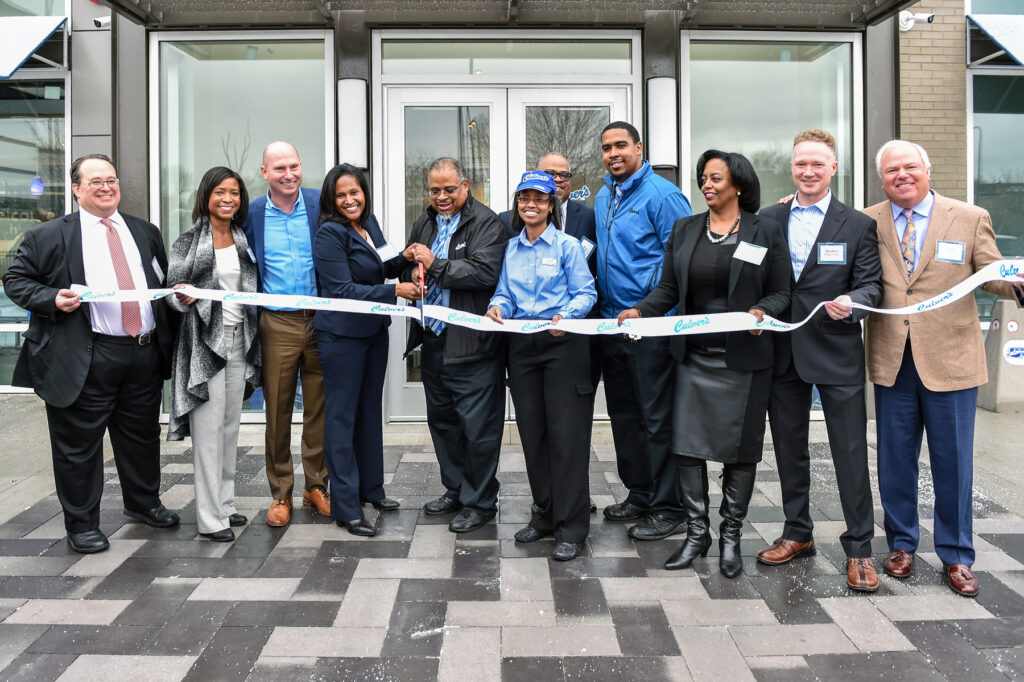