“Both buildings opened during some of the most challenging months of the pandemic when the market was significantly impacted. Yet, in both cases, it was clear from early in the leasing process how much the thoughtful floor plans, with their well-appointed finishes, and the range of amenities, designed for everything from remote work to outdoor recreation, resonated with renters,” said Jon Schneider, senior vice president at Fifield Cos. “The leasing velocity we’ve seen, especially since the beginning of the year, reflects the resiliency of Chicago’s neighborhood markets, as well as the quality of – and demand for – upscale new-construction developments.”

Logan Apartments and Westerly bring to the city neighborhoods finishes, amenities and services similar to those offered at luxury rental towers downtown. The studio, one- and two-bedroom apartments at Logan Apartments and studio, one-, two- and three-bedroom units at Westerly feature upscale details like quartz countertops, soft-close cabinetry and stainless-steel appliances in open-plan kitchens; spa-like baths; custom closet organizers; in-unit washers and dryers; and plank flooring throughout. Floor-to-ceiling windows afford exceptional natural light and cityscape views, and some apartments include balconies.

Amenities at both developments are especially suited for the work-from-home lifestyle and include multiple spaces for coworking, virtual conferencing, fitness and small-group gatherings. Each building offers a landscaped outdoor amenity suite with pools, sun terraces, shaded seating, dining and lounging areas, grilling stations and dog runs.

Interiors by Brianne Bishop Design at Logan Apartments reflect the neighborhood character by incorporating throughout the building materials, art and nostalgic objects from local shops and photography of the popular graffiti that adorned the Megamall previously on the site. At Westerly, Morgante Wilson Architects drew inspiration from River West’s industrial history to create interiors that render urban edginess with natural elements, like the greenery-filled, conservatory-style penthouse party room with a sweeping backdrop of the neighborhood’s brick and steel cityscape.

Situated along the Milwaukee Avenue bikeway, Logan Apartments and Westerly are convenient for cycling throughout the city and offer bike storage and a bike “kitchen” for maintenance and repair. In addition to bike parking, both buildings include indoor garages.

“Renter interest in Chicago’s great neighborhoods, like Logan Square and River West, held steady throughout the pandemic, drawing renters who want to live steps from some of the city’s best restaurants and retail, bike paths, parks and public transportation options,” said Schneider. “New-construction buildings with on-site, 24-hour management were also at the top of renters’ lists, as cleanliness and service remain top of mind after the pandemic.”

Each of these developments has also had an impact on the broader community. At Logan Apartments, area residents benefit from the new small-format Target and myriad other businesses, from restaurants to health and wellness services, that have opened up in the building’s ground-floor commercial space. A ground-level public park, designed by Hitchcock Design Group and showcasing a mural from Chicago-based artist Sentrock, is adjacent to Westerly, bringing to River West public green space with seating and a dog run.

Fifield Cos. is one of the nation’s premier developers of luxury mid- and high-rise rental apartments. Established in 1977, Fifield has earned a reputation for creating superb living environments in some of the country’s most renowned locations, including Chicago, Dallas, Austin, southeast Florida, Los Angeles, Las Vegas and Honolulu. Fifield has completed more than 70 projects in the United States worth more than $7 billion. For more information, visit www.fifieldco.com. 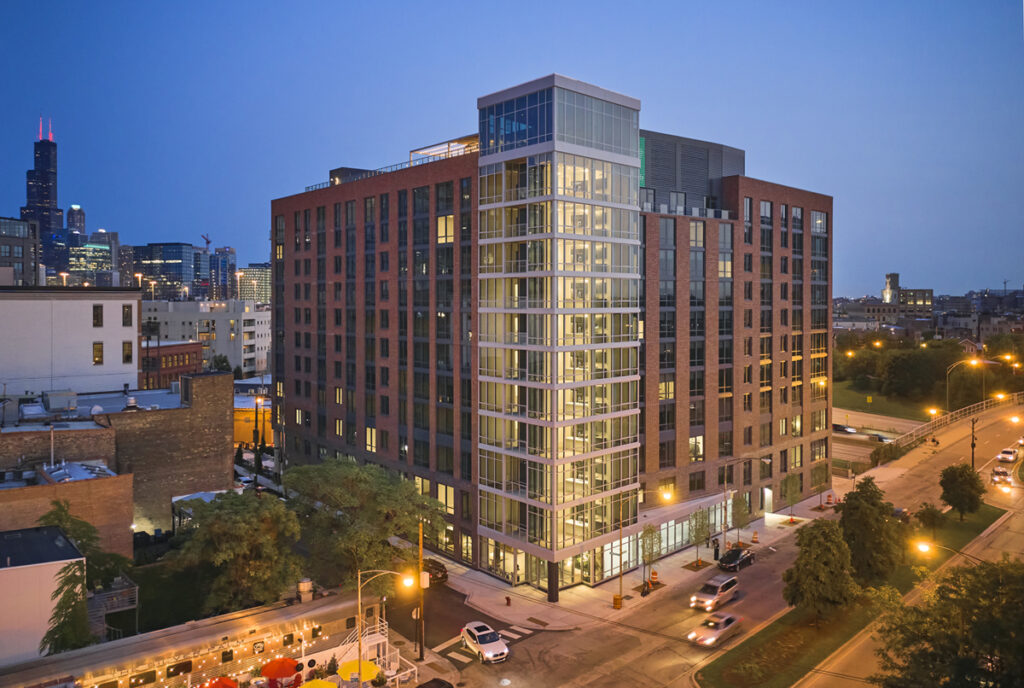 Westerly apartments, the 188-unit mixed-use building developed by Fifield Cos. in Chicago’s River West neighborhood, is 66% leased six months after opening during the pandemic. 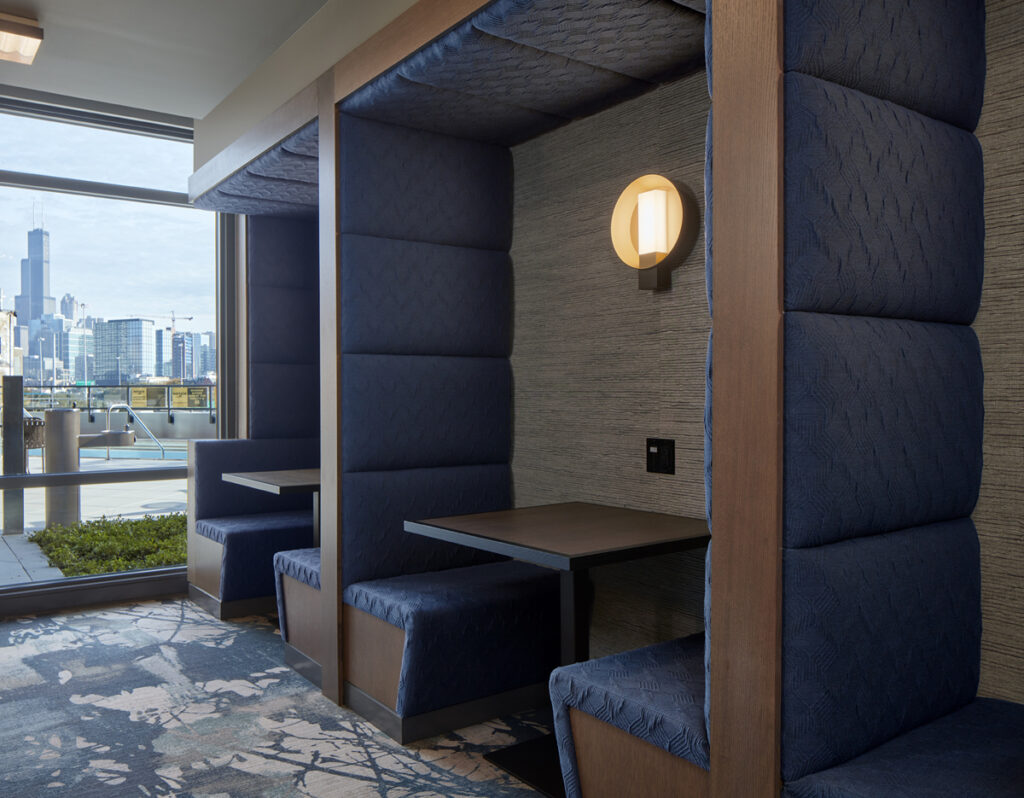 The dedicated coworking space, which includes divided booth seating and a separate conference room with views of the third-floor outdoor amenity deck, is one of several areas residents can access for remote work. 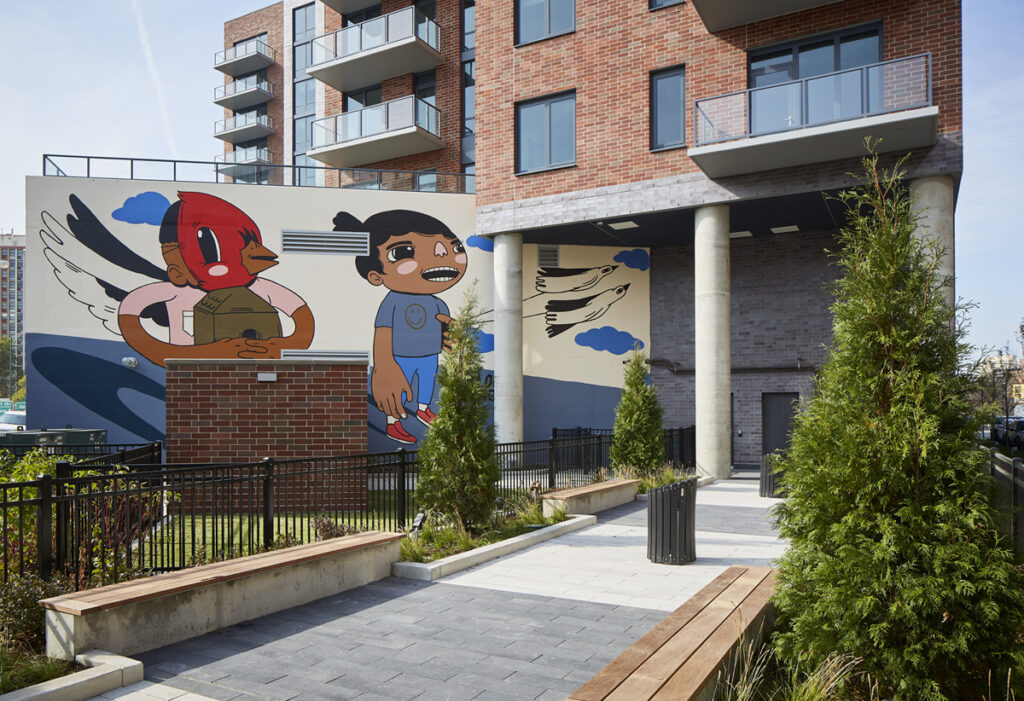 The work of street artist Sentrock overlooks the public green space at Westerly, which features seating and a dog park. 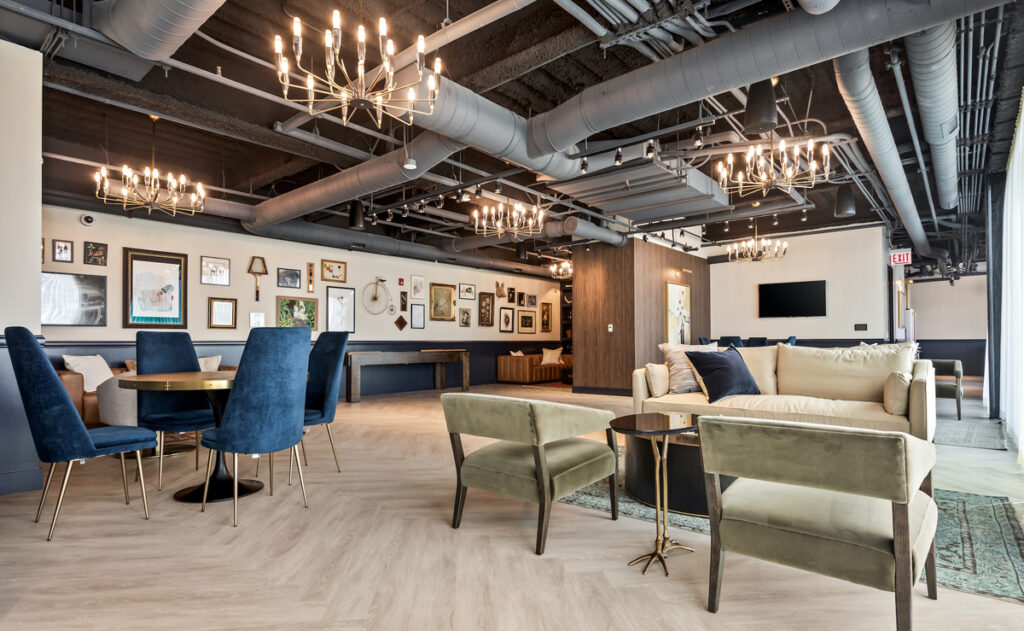 Amenities at Logan Apartments support the work-from-home lifestyle and serve as an extension of residents’ individual apartments.