Chicago-based developer Fifield Cos. announced today that it has topped off 740 N. Aberdeen in Chicago’s River West neighborhood. The mixed-unit, transit-oriented 11-story building will bring 188 apartments and 2,400 square feet of ground-floor retail to the neighborhood when it opens in fall 2020. Designed by Chicago-based Fitzgerald Associates Architects, the building is being constructed by McHugh Construction.

“As 740 N. Aberdeen takes shape, excitement is building for what this new development is bringing to the River West neighborhood,” said Steve Fifield, founder and CEO of Fifield Cos. “Demand for upscale apartments and amenities in this area of the city continues to rise, as Chicagoans seek residences in quieter, less dense neighborhoods that offer the same features and services as downtown rental towers.”

Located near the intersection of Ogden and Milwaukee avenues, along one of the city’s most popular bikeways, 740 N. Aberdeen will include a mix of studio, one-, two- and three-bedroom apartments ranging from 540 to 1,513 square feet. Residences will feature floor-to-ceiling windows, plank flooring and high ceilings; quartz countertops, soft-close cabinetry and stainless-steel appliances in the open plan kitchens; spa baths; and in-unit washers and dryers. Select apartments include balconies.

The apartment and amenity interiors are designed by Morgante Wilson Architects. Indoor amenities will include a fitness club, resident lounge, party room, coffee bar, coworking space and separate conference center, bike storage with a bike “kitchen” for maintenance and repairs, and a parking garage with 80 spaces available primarily for residents. Outdoor amenities will include a landscaped sun terrace on the third level with a pool, shade cabanas, grilling stations, and private seating and dining areas. In addition, Fifield Cos. has engaged Hitchcock Design Group to develop a public park adjacent to the building that will include a dog park, green space, seating and dedicated access for residents.

Steps from the CTA Chicago Blue Line station and the Milwaukee Avenue corridor, and offering easy access to the Kennedy Expressway, 740 N. Aberdeen puts residents minutes away from downtown and other popular Chicago neighborhoods like the West Loop, Wicker Park, Bucktown and Logan Square. Many popular restaurants, bars and other entertainment destinations are nearby.

Fifield Cos. is one of the nation’s premier developers of luxury mid- and high-rise rental apartments. Established in 1977, Fifield has earned a reputation for creating superb living environments in some of the country’s most renowned locations, including Chicago, Dallas, Austin, southeast Florida, Los Angeles, Las Vegas and Honolulu. Fifield has completed more than 70 projects in the United States worth more than $7 billion. For more information, visit www.fifieldco.com. 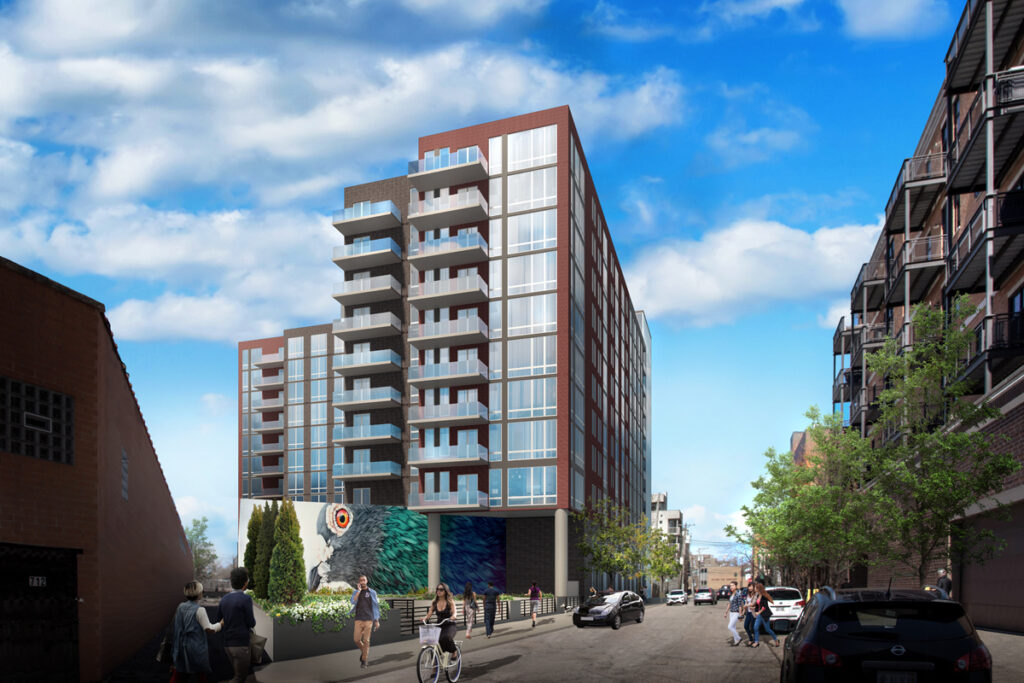