Interra Realty, a Chicago-based commercial real estate investment services firm, today announced it brokered the $4.15 million sale of 3138-40 S. Indiana Ave., a landmarked property in the Gap, a historic section of Chicago’s Bronzeville neighborhood, that was converted to a 21-unit multifamily community in 2016. The price per unit was $197,619.

“Buyers were attracted to the quality of the asset and its solid tenant base, as well as its proximity to Lake Michigan, public transportation, multiple colleges and the former Michael Reese Hospital site, which is being redeveloped into a new mixed-use district,” said Smazal. “The Gap, in particular, is blooming with new construction and renovation projects, including other residential developments led by Mr. Boney, who saw the opportunity to capitalize on growing demand for housing with a property whose storied past reflects the area’s rich history.”

In 1887, the Lakeside Club, a Jewish social organization, commissioned L.B. Dixon to design the building at 3138-40 S. Indiana to accommodate its growing membership. The structure was renamed Unity Hall in 1917, when it became the headquarters of the Peoples Movement Club, a political organization headed by Oscar Stanton De Priest, Chicago’s first Black alderman and the first Black congressman from a northern state. The three-story brick building, which features terra cotta trim, subsequently became the political offices for William Dawson, another prominent politician who represented Illinois in the U.S. House of Representatives for 27 years. After that, different religious groups used 3138-40 S. Indiana as a meeting hall starting in the 1950s. It was listed on the National Register of Historic Places in 1986.

When Boney bought the property in 2015, Unity Hall had been boarded up and vacant since 2012 and was so dilapidated that it was in danger of being demolished despite being in the Black Metropolis‐Bronzeville District, which was designated a Chicago Landmark in 1998. Boney gut-renovated the property and converted the space to high-end apartments, winning a Preservation Excellence Award from the Commission on Chicago Landmarks in 2016.

Located near the Illinois College of Optometry and Illinois Institute of Technology, 3138-40 S. Indiana offers easy access to Lake Shore Drive and other nearby expressways, as well as CTA and Metra rail lines that connect to downtown. 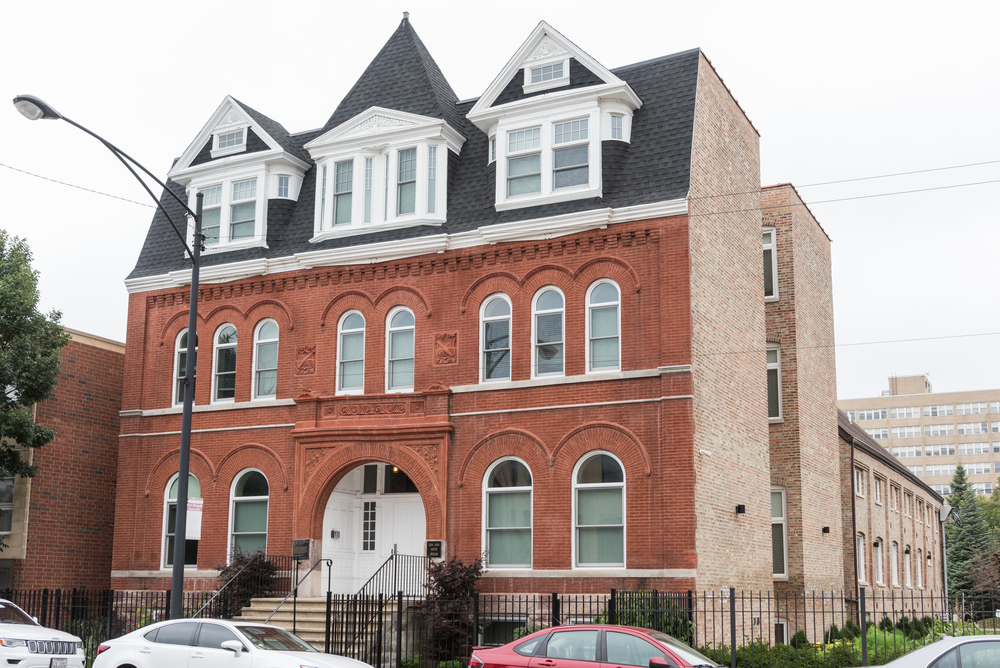 Interra Realty brokered the $4.15 million sale of 3138-40 S. Indiana Ave., a landmarked property known as Unity Hall that was converted into a 21-unit rental community in 2016.