Interra Managing Partner Craig Martin represented both the undisclosed buyer and seller, Buol Properties. Buol, which had owned and operated the property for four decades, undertook significant capital improvements during that time, including upgrading the electrical service and plumbing and installing new windows. But the property offered considerable value-add opportunity, including the chance to modernize the units, utilize an empty room near the lobby and build out the large basement space to add amenities.

“This vintage, transit-oriented property in Lakeview, one of Chicago’s most popular rental communities, offered plenty of upside potential, which was attractive to the pool of prospective buyers,” said Martin. “After we ran a competitive marketing campaign, we had over 30 property tours and secured eight offers, with the seller ultimately selecting the buyer it thought would best steward the property.”

The building was 22% occupied at the time of the sale, while the retail space was fully leased.

Located near the intersection of Roscoe Street and Lincoln Avenue, 1650 W. Roscoe is adjacent to the Paulina Brown Line station and steps from a number of restaurants and storefronts, including a small-format Target. 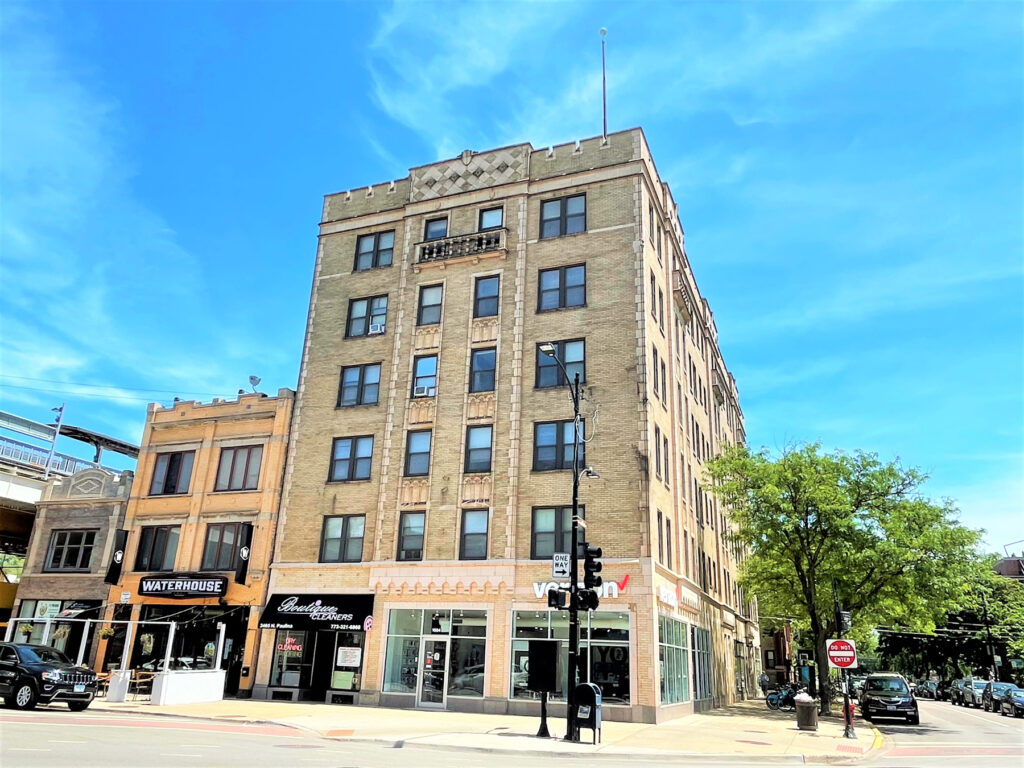