James McHugh Construction Co. and Brown & Momen, Inc. have announced the start of construction on 508 Pershing at Oakwood Shores, a 53-unit mixed-used, mixed-income rental community in Chicago’s Bronzeville neighborhood. As part of a public-private partnership led by The Community Builders (TCB), the residential and retail building marks the latest phase of the larger Oakwood Shores revitalization plan, which encompasses more than 100 acres approximately 3.5 miles south of downtown Chicago.

“Between Oakwood Shores and what’s under consideration for the former Michael Reese Hospital site, there’s a real energy and enthusiasm around the continued revitalization of Bronzeville, and we’re honored to be part of creating a thriving, mixed-income community for the neighborhood,” said Mike Meagher, president of McHugh Construction.

Terez Sturrup, McHugh’s project manager and a Bronzeville resident, was also proud to note the cost savings realized for the 508 Pershing project that helped the building move through the budget process. “The ability to realize cost savings without compromising the high quality of the building was extremely important for this project,” said Sturrup. “Our preconstruction and project teams worked tirelessly with ownership and the project designers to find $3 million in savings by identifying alternate options across the entire project scope, including facade materials, structural framing, finishes, and alternate mechanical, electrical and plumbing systems.”

Located at 508 E. Pershing Road, just east of Martin Luther King Drive, the four-story building will include 50 one-bedroom and three two-bedroom units, 7,000 square feet of amenity space, management offices and 3,500 square feet of street-level retail. Completion of the project, which is expected to cost $17.1 million, is scheduled for February 2022.

Designed by Nia Architects in collaboration with Antunovich Associates, the building will be clad with a red brick, fiber cement and metal panel facade and offer several amenities, including a resident lounge, meeting rooms, fitness center, a top-floor lounge, bike storage and dog wash. Apartments will feature in-unit laundry, a dishwasher, plank flooring and extra storage. The building structure consists of a combination of a traditional steel and precast podium for the ground level, with three stories of cold-formed panelized steel stud bearing walls and floor joists. An adjacent surface lot will provide 42 parking spaces for building residents and retail customers.

“Oakwood Shores is an exceptional opportunity to deliver a mixed-income, mixed-use community within the historic Bronzeville neighborhood,” said Kemena Brooks, senior project manager for TCB. “And it certainly doesn’t get done alone. Along with our development partners, Granite Development Corp. and Ujima, we at TCB are excited to have broken ground on 508 Pershing, the next phase of Oakwood Shores, that will contribute to providing desired conveniences, a rich quality of life and inclusive sense of community that so many Chicagoans seek, regardless of income. 508 Pershing is only realized through a committed multi-sector partnership and talented and diverse design and construction team.”

Thirty-six of the development’s 53 units will be Low Income Housing Tax Credit (LIHTC) units for households earning up to 80% of the Area Median Income (AMI). The remaining 17 units will be market-rate. National Affordable Housing Trust (NAHT) provided funding for 508 Pershing in partnership with investor UnitedHealth Group.

Located on land formerly occupied by the Chicago Housing Authority’s Ida B. Wells, Madden Park and Clarence Darrow Homes, Oakwood Shores will be home to over 2,000 rental and for-sale homes – available across a range of income levels – and more than 60,000 square feet of new retail/commercial space once complete. To date, Oakwood Shores has seen the creation of nearly 900 residential units, as well as the first Mariano’s grocery store on the South Side, an award-winning arts and recreation center at Ellis Park, a health center and a bank.

Since its founding in 1897, James McHugh Construction Co. has earned its reputation as a builder of landmark, one-of-a-kind structures in Chicago and across the Midwest. While best known for building some of Chicago’s most iconic structures such as St. Regis Chicago (Vista Tower), Aqua Tower, NEMA Chicago, Marina City, and Navy Pier’s Centennial Wheel, McHugh is equally passionate about delivering impactful projects that deliver more equitable and affordable housing while providing diverse and inclusive opportunities for contracting partners and field labor alike.  The company’s mission has always been to promote a seamless and positive project experience with excellence and innovation. It is known for its unwavering commitment to its clients, its ability to deliver exceptional results on time and within budget, and its dedication to growing and developing its partnerships with subcontractors. For more information on the company, visit www.mchughconstruction.com.

Founded by Ernest Brown in 1988, Brown & Momen, Inc. continues its 30-year legacy of providing quality general contracting, construction management and carpentry services in the Greater Chicagoland area. Brown & Momen employs experienced tradespeople who, working with key professionals (with over 300 collective years of expertise in estimating, executing, planning and managing all aspects of the construction process), provide quality services to both the private and public sectors. As an award-winning firm located on the South Side, Brown & Momen has a demonstrated commitment to both minority and resident businesses within the city of Chicago – always meeting, and typically exceeding, established goals for utilizing economically disadvantaged firms and tradespeople on our projects. 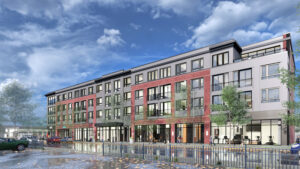