NAI Hiffman, the largest independent real estate services firm in the Midwest, today announced it brokered the $5.4 million sale of a 75,000-square-foot industrial building at 776 N. Oaklawn Ave. in Elmhurst, Ill., a western suburb of Chicago.

“This is one of the largest industrial-user sales ever to take place in Elmhurst, demonstrating that demand remains strong for warehouse properties in this optimally located submarket,” said Bronson. “Over the past 15 years, there have only been three other industrial-user sales that took place with larger square footage.”

Located just off W. Lake St., the building has ceiling heights of 18 feet and includes approximately 10,000 square feet of two-story office space with private offices, conference rooms, a kitchenette area and access to the warehouse, which totals 65,000 square feet of fully air-conditioned space.

“The Elmhurst industrial market is benefiting due to the lower occupancy costs and tax savings industrial users realize throughout DuPage County,” said Bronson. “This sale shows that the price per square foot in both Elmhurst and DuPage County remain competitive and of high value, even in second-generation, lower-clear buildings. I believe that the greater Chicago industrial market will continue to record strong activity for the balance of 2020.”

Built in 1983 and situated on 3.49 acres, 776 N. Oaklawn Ave. provides two exterior docks (expandable to six docks) and two drive-in doors, along with 100 parking spaces. It is centrally located in DuPage County near I-290 and I-294. In addition to its ideal proximity to a highly skilled labor force, the building also provides easy access for distributing goods to Chicago’s MSA of 9.5 million people. It is one mile from the I-290/Route 83 interchange, 2.5 miles from the Elmhurst Station commuter rail and 10.7 miles from O’Hare International Airport. 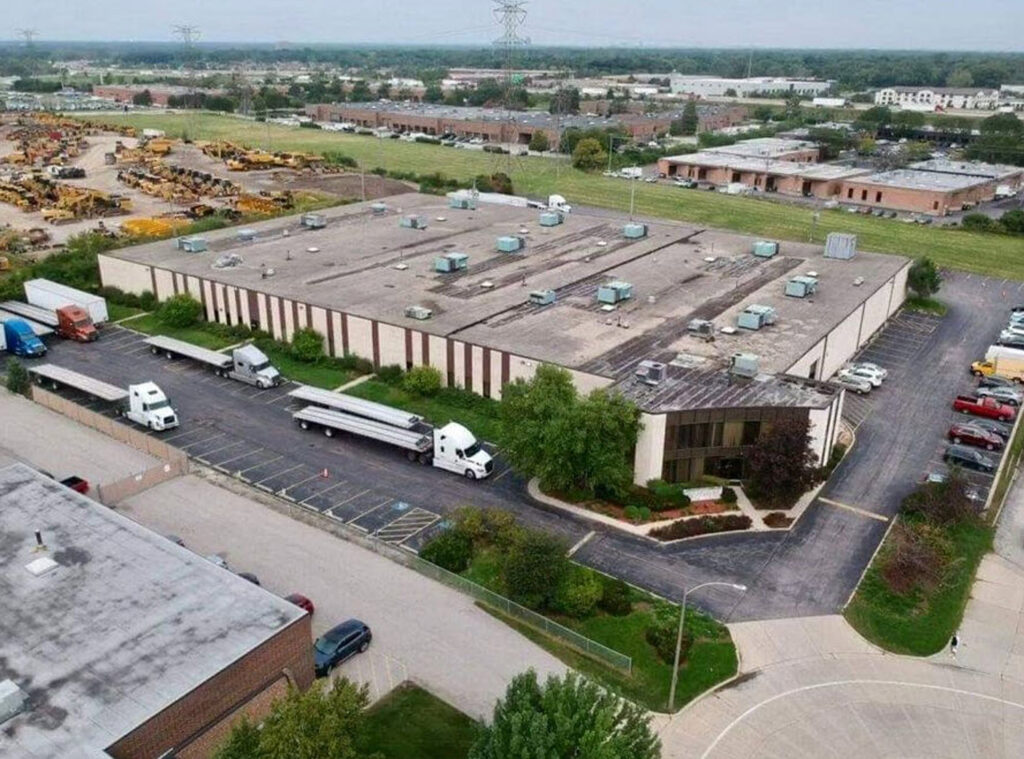 NAI Hiffman represented Haskris Co. in the purchase of a 75,000-square-foot industrial building at 776 N. Oaklawn Ave. in Elmhurst, Ill., a western suburb of Chicago.