“With Spoke, we are bringing something that truly stands out among rentals in the River West neighborhood – well-appointed residences with at least a dozen community-creating amenities within the property,” said Rob Bond, president of Bond Companies.

“Spoke appeals to people who have many different interests and gives residents the space to engage in their own micro-experiences, whether its singing in a band, gaming with players from around the world or hosting dinner parties for 20,” said Larry Bond, chairman of Bond Companies.

With 18,000 square feet of amenity space, Spoke has a wide range of offerings for residents’ varying interests and hobbies. These include a demonstration kitchen and party room with an outdoor terrace offering skyline views from the 15th floor; music performance lounge with stage; private sound-proof music/jamming space; interactive gaming lounge with nine screens configured for nearly all major gaming systems; a Peleton cycling room; and a fitness studio featuring Wellbeats fitness-on-demand and a private yoga room.

“We’ve paid very close attention to the details of these amenities, which were intentionally chosen and designed with our residents’ lifestyles in mind,” said Ronnie Morgan of Morgan Holdings.

“Our pool was placed so that it has full sun at any time of day, which is unusual for rooftop pools,” said Damon Dance, executive vice president of Bond Companies. “In our performance lounge, the furniture has the look of refurbished gear cases roadies use to transport equipment to shows. And our demonstration kitchen is fully stocked with cookware and utensils, so residents don’t have to go back to their unit if they forget something.”

Throughout the building, residents will enjoy a collection of approximately 90 works of art from 24 local artists, curated by Patti Gilford Fine Art, including 12 pieces specifically created for Spoke. The local touch is also seen in the performance lounge with custom millwork fashioned to look like Chicago’s famed L tracks.

Residents at Spoke will be steps away from River West dining and entertainment hot spots, including The Matchbox and The Silver Palm. Conveniences like CVS Pharmacy and US Bank are right across the street, and at the base on the property is 45,000 square feet of retail space available for businesses to add to the neighborhood’s offerings. Spoke’s location puts residents in the middle of the vibrant Milwaukee corridor. And with easy access to the CTA Blue Line, they can reach downtown, Fulton Market, Wicker Park and Bucktown in a matter of minutes.

“Of course, right outside our doorstep is the Milwaukee corridor, which is popular with bike commuters who embrace all this part of the city and the surrounding areas have to offer,” said Rob Bond. “With such an ideal location for cyclists, we offer conveniences like a separate bike entrance located near our bike storage and workshop rooms.”

About Morgan Bond Company:
Morgan Bond Company is a venture of Morgan Holdings and Bond Companies. Bond Companies is a leading real estate development and investment firm that focuses on sustainability and innovation in retail, mixed-use and multifamily projects, with offices in Chicago and Los Angeles. With three decades in the business, Bond Companies’ goal is to develop properties that have a positive and lasting impact on the communities where they are located, and they achieve this with a light footprint, collaborative community relationships, strong industry partnerships and significant returns for their clients. The company has won several awards for its projects, including the first LEED Silver mixed-use project in Chicago – Center on Halsted – and the first LEED Gold shopping center in the greater Chicago area – Springbrook Prairie Pavilion in Naperville, Ill.

Morgan Holdings has completed over 15,000 apartment units in 50 developments nationwide. Based in La Jolla, Calif., Morgan Holdings (Ronnie Morgan) traces its history back to its founding in Houston in 1959. 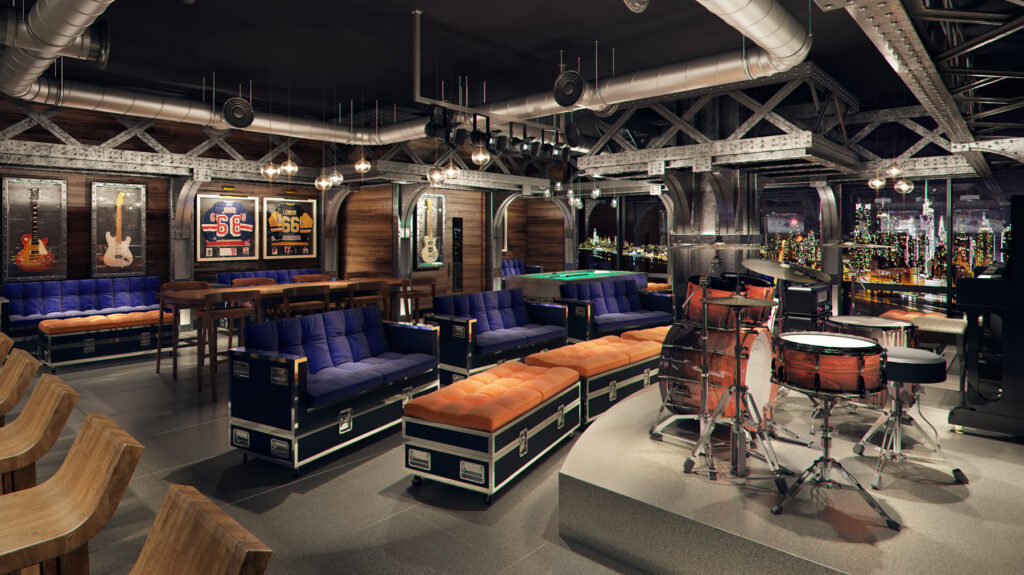 Spoke, a 363-unit transit-oriented-development project in River West at 728 Morgan St., has begun its first move-ins. Among the many amenities is a lounge for live music and other performances.