Located at 1116 W. Carmen St., near the intersection of West Cass Street and North Boulevard, NICHE will include 83 units under 400 square feet at prices starting under $1,000 per month, offering attainably priced luxury in a desirable location for urban professionals and students. NICHE is less than a half-mile west of downtown Tampa, 1 mile from the Tampa Riverwalk and 2 miles from Westshore Business District. The property is adjacent to the University of Tampa, which has experienced a 30% increase in students since 2012.

“Our approach to NICHE was a direct result of looking at the market and trying to deliver what’s most in demand: attainably priced, Class A rentals,” said Jason Macklin, director of development for Wingspan. “Tampa rents are high. By offering many smaller units, we have the ability to offer ‘chunk rents’ below many other properties in our competitive set. NICHE at North Hyde Park will allow professionals working in the CBD and university students to live in the hot North Hyde Park neighborhood without a roommate – and in new apartments with a high level of finishes and an extensive building amenity package.”

“The building’s extensive amenities ‘expand the walls’ for residents beyond their own units, giving them plenty of options for gathering with friends, working from home, working out, cooking for a group or just lounging by the pool,” said Macklin. “And with NICHE located in a bustling neighborhood, residents can easily explore and enjoy all the amenities outside the building, too.”

Most of the 83 micro units at NICHE will feature robotic furniture that can be controlled by residents via their smart devices. The building also will offer 34 studios, 67 one-bedroom units, 66 two-bedrooms and one three-bedroom residence. Units will feature 9-foot ceilings, wood-style plank flooring, in-unit washer/dryers, walk-in closets and programmable thermostats. Kitchens will offer energy-efficient stainless steel appliances, quartz counters and tile backsplashes. Most units will have either a private patio or a balcony.

NICHE is served by public transportation including HART bus routes to downtown Tampa. It is also less than 2 miles from Interstate 275 and less than 8 miles from Tampa International Airport. The location is minutes to a variety of restaurants and bars in North Hyde Park and downtown Tampa.

NICHE is being funded through Wingspan Development Group’s new $11.7 million WDG GP Fund, which is invested entirely in new multifamily development. Orlando-based SCOTT + CORMIA is the architect, while the general contractor is EWI Construction. The project is scheduled to deliver its first units in early 2023 and, upon completion, will be managed by Lincoln Property Company.

This is the second development in North Hyde Park for Wingspan Development Group and ABC Capital Corp. The venture’s first project is Jade Apartments, a five-story mixed-use building at 608 N. Willow Ave. with 3,200 square feet of retail space and 192 luxury apartment units, the first of which will deliver in fourth-quarter 2021.

Wingspan Development Group is a nimble and opportunistic developer focusing on multifamily, attached single family, single-family rentals and mixed-use developments in select markets. With in-house land acquisition, development and construction capabilities, Wingspan prides itself on its relationships and partners that allow the firm to move quickly in closing deals and completing best-in-class projects on time and within budget. Specializing in Class A multifamily developments, Wingspan has a number of rental and mixed-use projects in various stages of development in the Chicago, Southeast Wisconsin and Central Florida regions. 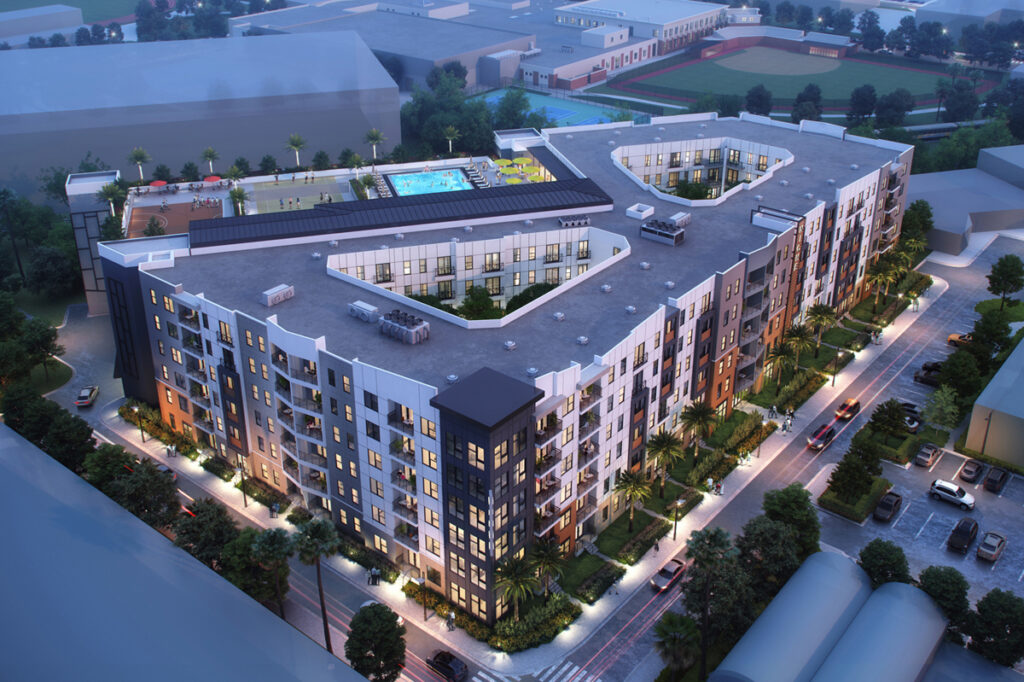