Taylor Johnson client Lendlease has had a busy several months at its development in Chicago’s Lakeshore East neighborhood, with the start of leasing and first move-ins at Cascade apartments and continued progress on Cirrus condominiums. While TJ’s PR pros have been generating media coverage for Cascade and Cirrus since the towers broke ground in 2019, we tapped our award-winning events team to help Lendlease, along with partner Magellan Development Group, celebrate the recent grand opening of Cascade Park, an adjacent public green space that improves access to the lakefront. More than 350 neighbors and media attended the event, which included music, food and the opening of Cascade Bark, the new dog park at the base of Cirrus. Read more about the event in Chicago Star and check out TJ’s Instagram for more photos. Open TJ TALK for more. 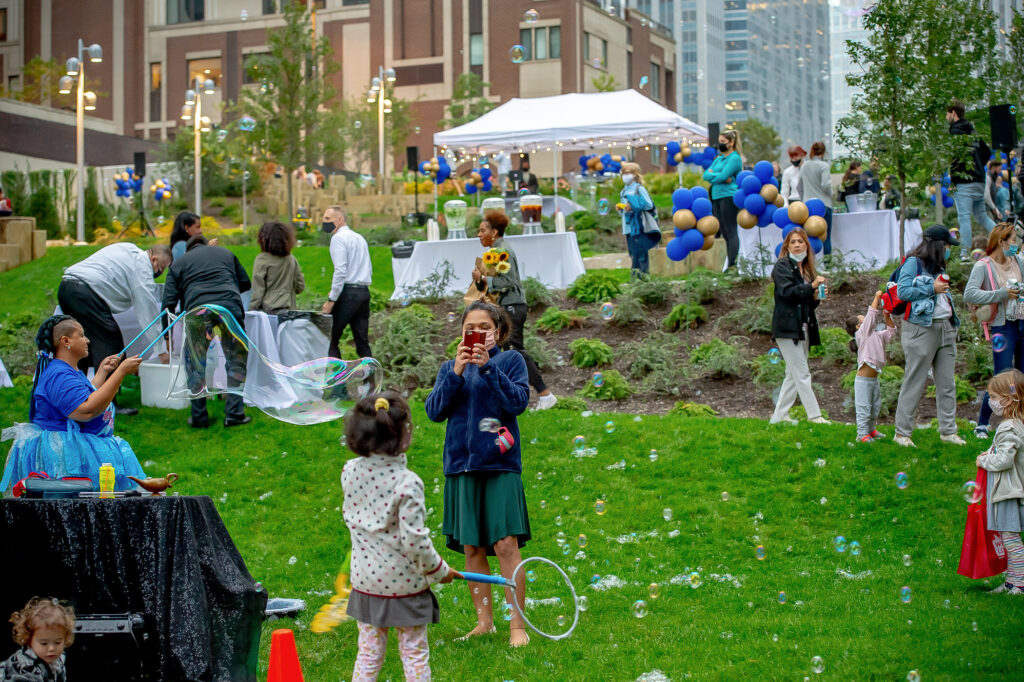